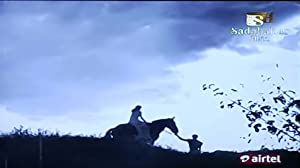 Movie Story in Short (Movie Plot): An Indianized version of the Sherwood Forest legend. King is away, the jaagirdar is a wimp and his henchman loots the poor. Our hero steals from the tyrant and helps the poor and repressed. On a romantic sideline, he courts the jagir

Badal movie is available in Hindi Language(s). The release year for this movie is 1951. Badal movie is from the county India. It has total runtime of around 146 min and it is rated as N/A rating by viewers, critics, certificate authorities and creators.

Badal (1951) movie has recieved ratings as follows: IMD has rated 6.7/10, whereas Critics Score is N/A%. Also additionally there are ratings from Internet Movie Database 6.7/10. These ratings are as on date of the movie details posted here..