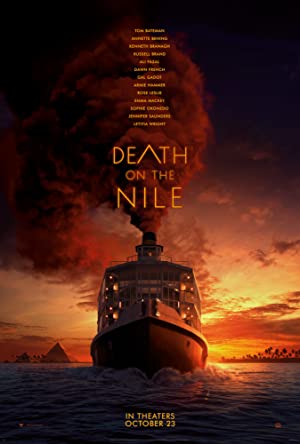 Movie Summary and Short Story of Death on the Nile (2020)

Movie Story in Short (Movie Plot): While on vacation on the Nile, Hercule Poirot must investigate the murder of a young heiress.

Death on the Nile movie has been listed under Crime, Drama, Mystery. This movie is directed by Kenneth Branagh. The story plot and the script has been written by Agatha Christie (based upon the novel by), Michael Green (screenplay by).

Death on the Nile (2020) movie has recieved ratings as follows: IMD has rated N/A/10, whereas Critics Score is N/A%. . These ratings are as on date of the movie details posted here..